"You play a babysitter, you turn up and the baby is made of cardboard. Would you stay? I want games to start asking more ethical questions"

This is a game me and Alan Hazelden just sketched up at Molyjam London. I was trying to bully him into making a game, and we clicked througha few at random til we came across this, which seemed so very ripe for making as a kind of theatrical piece. So we went and found some cardboard, and made the game: 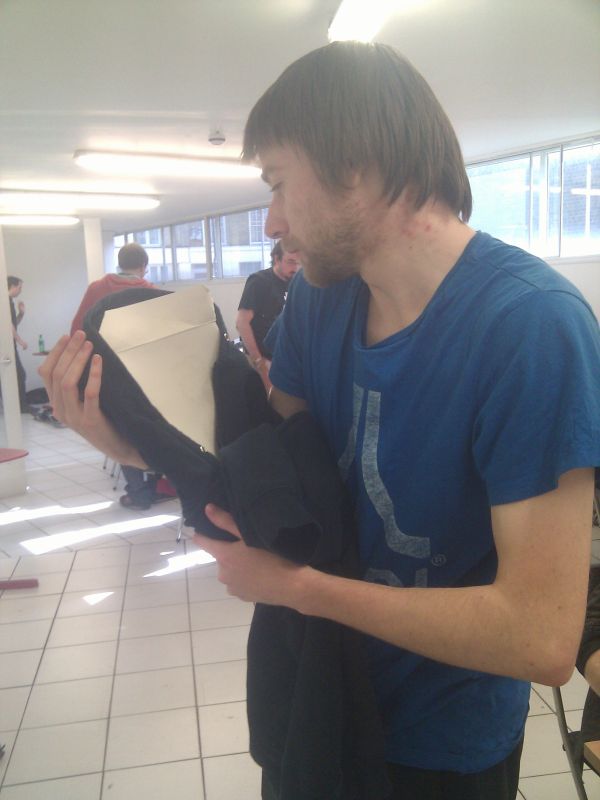 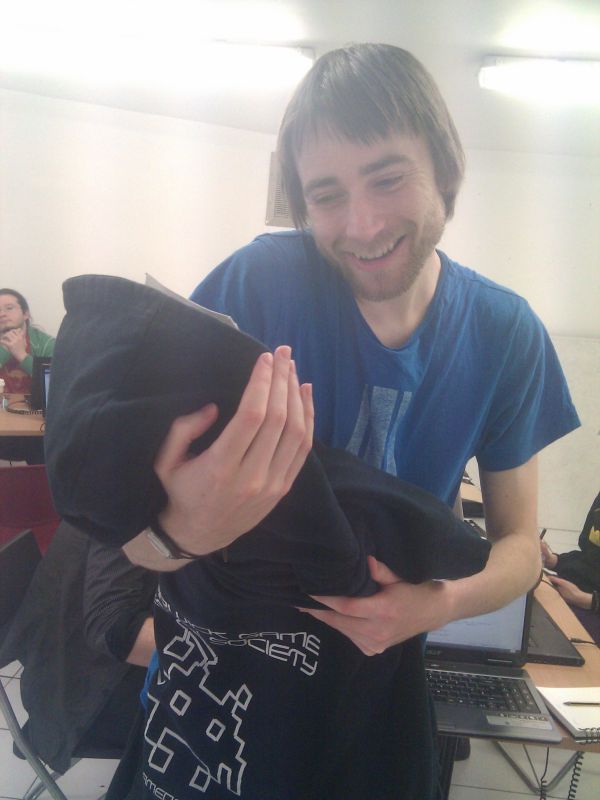 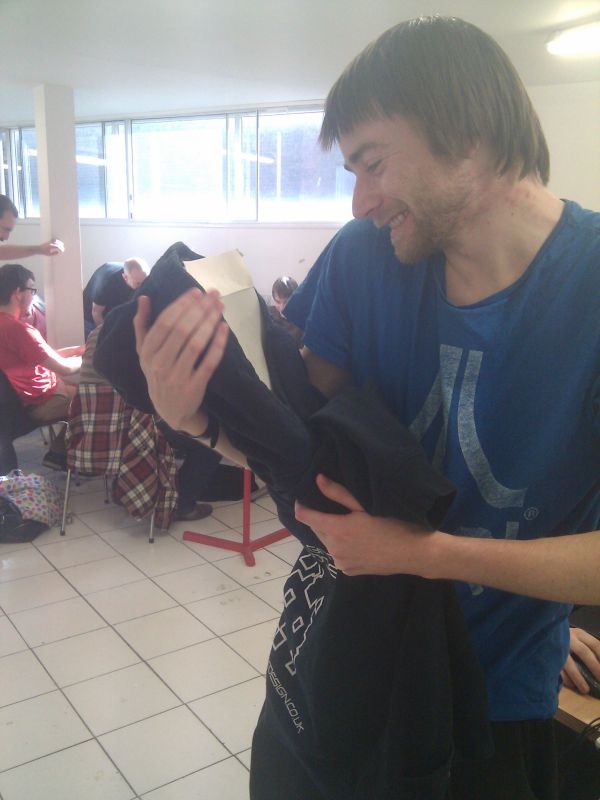 It's super creepy and awkward to play. And really funny, as all the best bizarre things are. It reminds me of the Plumber Baby sketch in Jam, a bit. Mind you, we've only tested it between ourselves, as no-one else wants to play. Can't think why.

It ultimately only ends when the magic circle wears off. Which is sustained while you're roleplaying, but afterwards fades quickly. Leaving you holding the baby. Which is actually just an empty Krispy Kreme box. Called "Jamie".