10 Games I Played This Year

This was one I really wanted to show in this year's Now Play This, but we couldn't find a space for it. I'm generally very excited about Cassie McQuater's work, and it's been great to see this sneaking onto a number of game of the year lists. This game is an unfolding of browser windows, delighting in the tactility of the web, the ways that windows can pile up, get bigger or smaller, can contain fields of content to pick through. It's a collage of recycled sprites, voids to pass through and plains scattered with discarded objects. It can be hard for work that lives in a browser to escape the general scattered attention of everyday life, the pull of the next tab over, but this definitely did for me.

My bio on Twitter used to be "i always liked broken games the best anyway". I still stand by that, and you could point to many of the games on this list to back that up... Not this one, though. This is a game that is made by masters of their crafts. Nothing is larger than it needs to be, there's no pointless repetition, everything has been worked on to add jokes in the right place, surprises in the right place, always something new to see. It's like a tasting menu at the kind of restaurant where you reserve a table at a year in advance.

A book I keep going on about is Pilgrim in the Microworld by David Sudnow. It is from 1979 and it is still once of the best books about the experience of videogames that I've read. It attempts to describe, as straightforwardly as possible, his experiences of playing Breakout again and again, as he attempts to clear the screen with a single ball. The joy as the hand moves the stick, moves the paddle, moves the ball, moves the eye. Holedown is basically Breakout, but somehow Martin managed to find new and exciting things to do with Breakout. The most obvious thing is that he gave the corners round edges, which is a simple change that has so many consequences. Holedown is also as juicy and as satisfying as you'd expect from someone who gave the "Juice It Or Lose It" talk (with Petri Purho! who is working on Noita, below), showing all the ways you could make a game of Breakout more juicy and satisying to play.


Into The Breach by Justin Ma, Matthew Davis, Chris Avellone and Ben Prunty

The miracle of this game is the years that they spent sweating the UI design. So much dense information, packed into these chessboard-like layouts, and any one of these little details could be the hinge on which victory turns. But somehow they've made these difficult situations straightforward to read, if not to escape.

This came out in December 2017, so I think by some people's standards I shouldn't be putting it on a list, but I am pretty sure I actually played it this year. I liked seeing the short and long cycles of the game play out, as you make choices you'd rather not in order to to stay alive to do the things you really quite want to that you learned about in a previous life. And I liked hearing Leigh's voice come through in the largest project of hers I've seen, with chewy takes on gender and privilege, and characters you can empathise with one moment and laugh at the next.

This one is kind of cheating because it isn't out yet, but I also saw this at Fantastic Arcade, and... well, you might have noticed that there's not much on this list which I am compelled towards because I like playing them over and over, acquiring muscle memory and gaining more knowledge of the systems underlying their gameplay? Y'know, that classic loop that traditonally drives someone to play videogames? I was not expecting to start getting hooked in that way at Fantastic, a festival focusing on the small and strange, but I did. (OK, but what actually is it? It's like Spelunky, but in a messy falling sand simulation world.)

I did a Twitter thread about this before, but basically, this is a Love Nikki-style dress up RPG, with hundreds of thousands of words of badly-translated text (I don't know why I like reading badly translated prose these days, but I definitely do). Pretty lacy dresses, yes, ornate and intricate and somewhat overwhelming UI, yes, but also an actually pretty heavy storyline which seems to have no desire to sell the fantasy of courtly romance. No, you're a tool of your mother's cunning, obliged to suffer and scheme and collect intelligence on your rivals. And also the splash screen art is just gorgeous.


Black Bird by Onion Games (Yoshiro Kimura, Kurashima Kazuyuki, Tom Ikeda, and maybe some other people? I'm not sure)

I was randomly assigned Million Onion Hotel as a juror for Indiecade a few years back. I had those low expectations that you have when you don't have any context for a game... and so I was very surprised to discover that it was great? and super funny, and with immediately compelling moment-to-moment gameplay and layered complexity on top of that. And since then, every game by Onion Games has lived up to that standard, even as they've shifted genres and business models. So many tiny details, so much personality!

I'm not sure I've ever played an EDF game. But I definitely approve of them, and assume I would like them if I did. This is a series about shooting giant ants with big guns. Shooting things feels good, but often people making games try to improve upon that fact. But sometimes it is better to focus on shooting things? Ideally with big guns, and ideally big things. And all the better if they are giant ants & not people who the game is also trying to make you feel bad about killing because games are a serious medium blah blah blah

Okay, a lot of this list is probably going to be me feeling bad about not playing games by people I like. But I really like what I've seen of Heather's work (we showed 10000 Years at Now Play This, and off the back of that commissioned I-35 from her for last year's), and this seems to be the project where it all comes together and forms a larger work where all the cool stuff that's been forming is fully expressed and suddenly more legible.

Honestly, I don't know much about this game. But I am imagining it as a indie-game recapitulation of wandering through grimy, abandoned houses in Silent Hill 2. Which I also didn't play this year, but I did comment on as I guested on my friends' Kat Brewster & Jack de Quidt's stream. Silent Hill 2 is still good and interesting and atmospheric. And so a modern indie version of that sounds like a good pitch for a game? And people say that this game is good? I hope those expectations meet up in the middle.

I was in Indianapolis for GenCon this year and the commercial for this came on on the TV in the bar and I got very excited. My friends made this game! I yelled. And they did! Angus Dick is one of these illustrator types who is constantly coming up with wild ideas. I would hear them second hand from friends whod work with him, collected like people collect all the terrible names they considered giving their band. One day, he drew a pool ball with legs & a butt, and that was the one that stuck. A mere couple of years of very hard work later, this game exists. And I haven't even played it yet. Terrible.

This one is cheating for multiple reasons. It is a boardgame, and if I started counting those properly I'd have to do some jiggling and poking all over this list. And also I have a vague plan to pirate it and play it within the next 24 hours (I am currently writing this very early on New Year's Eve). So maybe I will discover whether it's good or not before the year is actually out. I could attempt to describe it, but instead I will embed the rules summary: 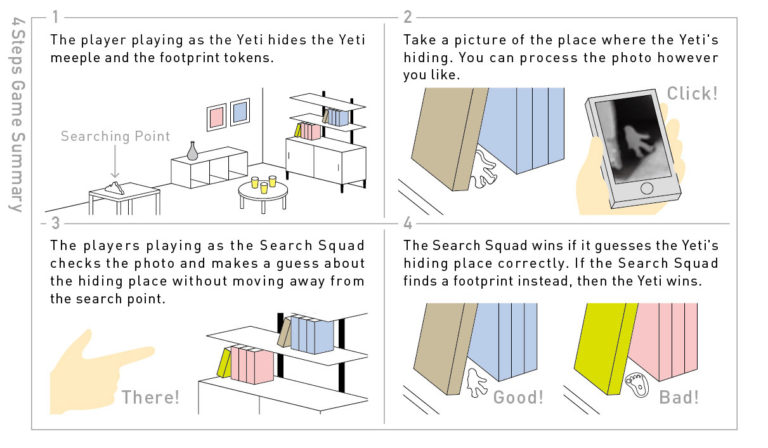 Right!? Looks like it's pretty much a perfect little game.

I love hearing my friend Jack de Quidt (we streamed Silent Hill 2 together this year!) be excited by this game. I liked Hitman, but I liked hearing Jack talk about why he loved it more.

This came out of early access this year. I love diving, and I think it's a really underused environment for games to be set in. You feel deliberate, you think about the constraints of air & pressure & visibility. This game apparently has a real sense of discovery, of slowly expanding the depths to which you can go, mysteries lying a hundred feet below, effectively sealed away until you can expand your capabilities. And it's artfully designed, too... there's something so special about moving through 3D spaces which have been thoughtfully designed to direct your attention.

I am sure if I had played this, I would be celebrating it in the same way I did Minit & Holedown - a space where you can relax, knowing that folks at the top of their game have thought about each detail in more depth than I would be able to. But just maybe, I would be appreciating it the rare way I did with Noita - a stone to grind myself against, and sharpen a tiny part of myself (that tiny part would be my capacity for playing Celeste).

Having been a fan of Michael's previous boiled-down Rougelikes, I am sure I would delight to the unfolding layers of strategy and tradeoffs, an evolving perception of what each particular element implies within each possible context that I'm sure this game would give me. But I want to play it on the train or on the sofa, and it's only out on iOS and computers, not Android, so... I haven't.

Another thing I saw at Fantastic Arcade! In this case, it was a real treat having Nathalie walk us through it and show us various nooks and crannies within the game. And I could've picked multiple things from Nathalie's output this year - it's been so good seeing her stuff go from strength to strength. This game feels like it rolls together a number of things elsewhere on this list. Where Black Room & Human Errors only make sense within the setting of a browser, this only makes sense within a file browser. Exploring nested folders is moving through the landscape of the castle and it's surroundings. And then, deep inside... virtual pets you can hang out with! It's messy & expressive & tropey in the way that Nathalie's work always is, and I am very excited to see where this strand of her work leads.