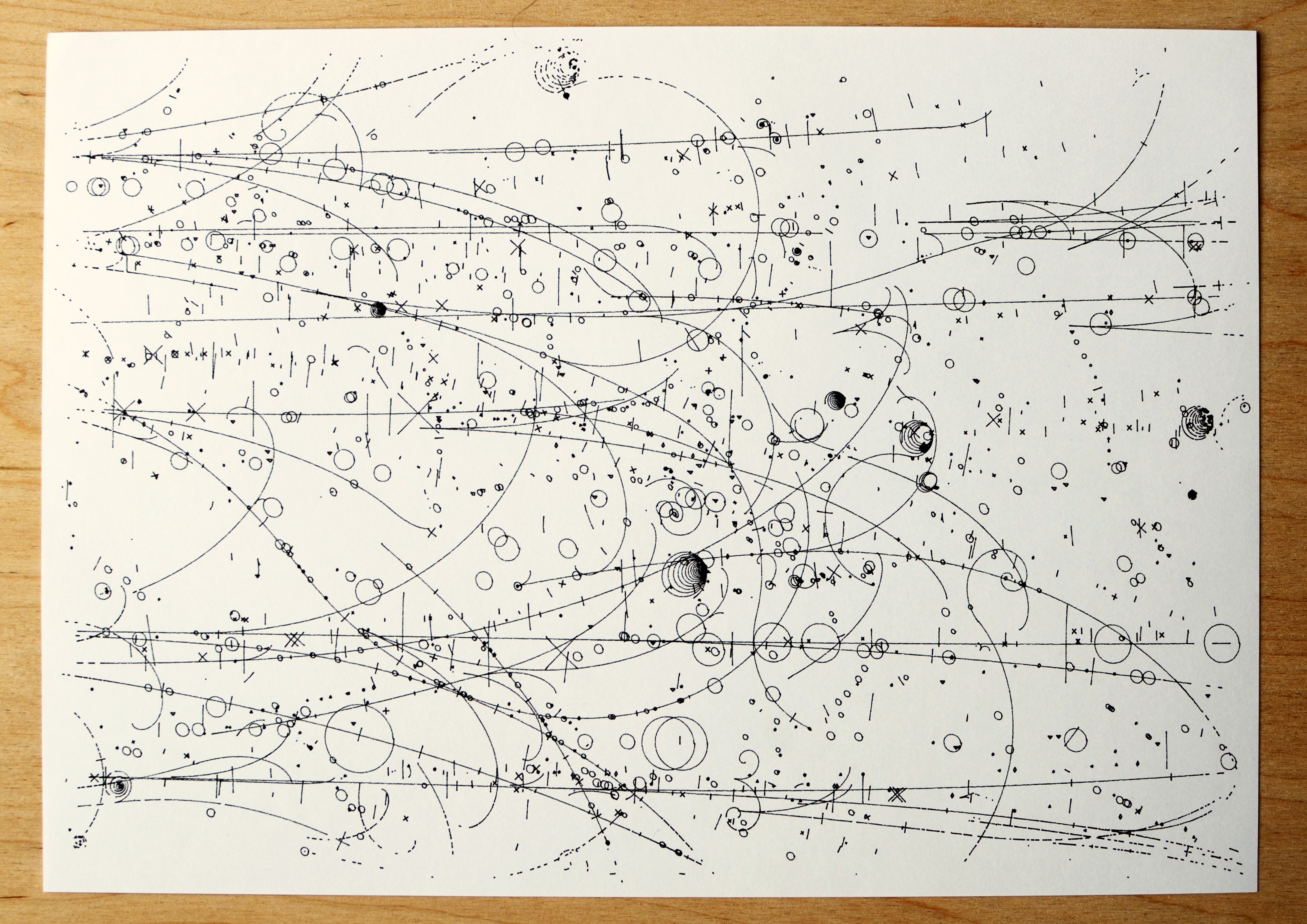 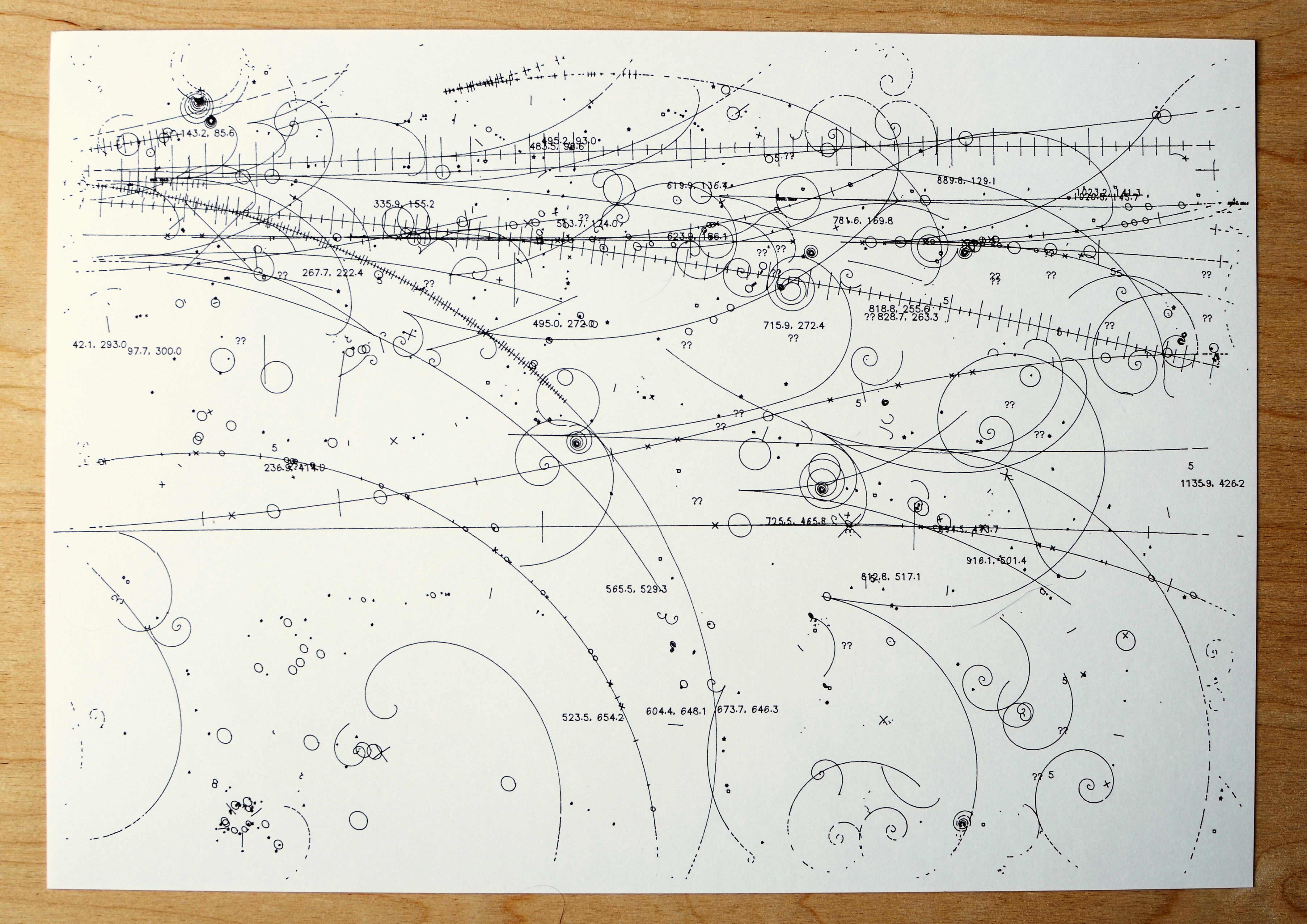 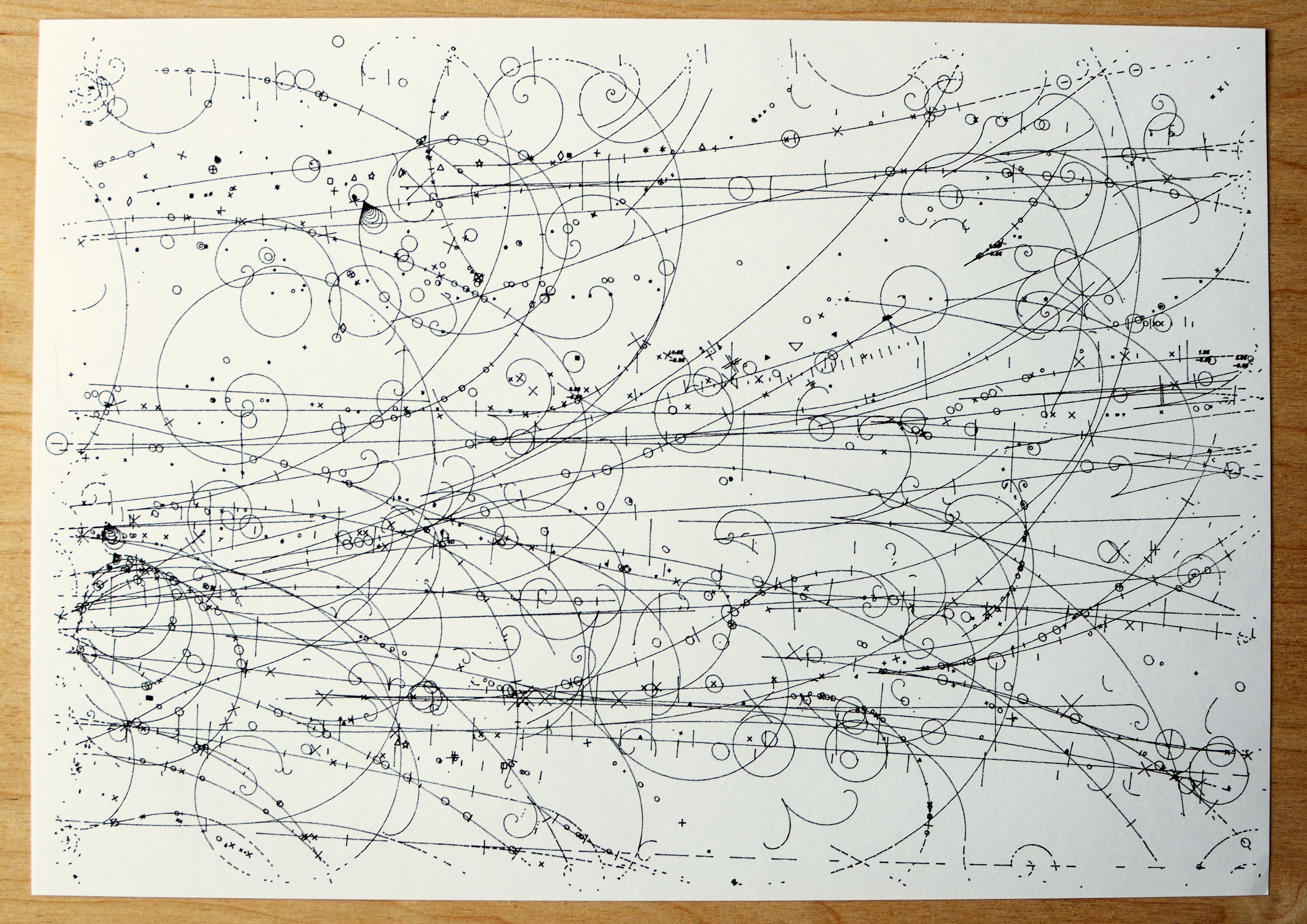 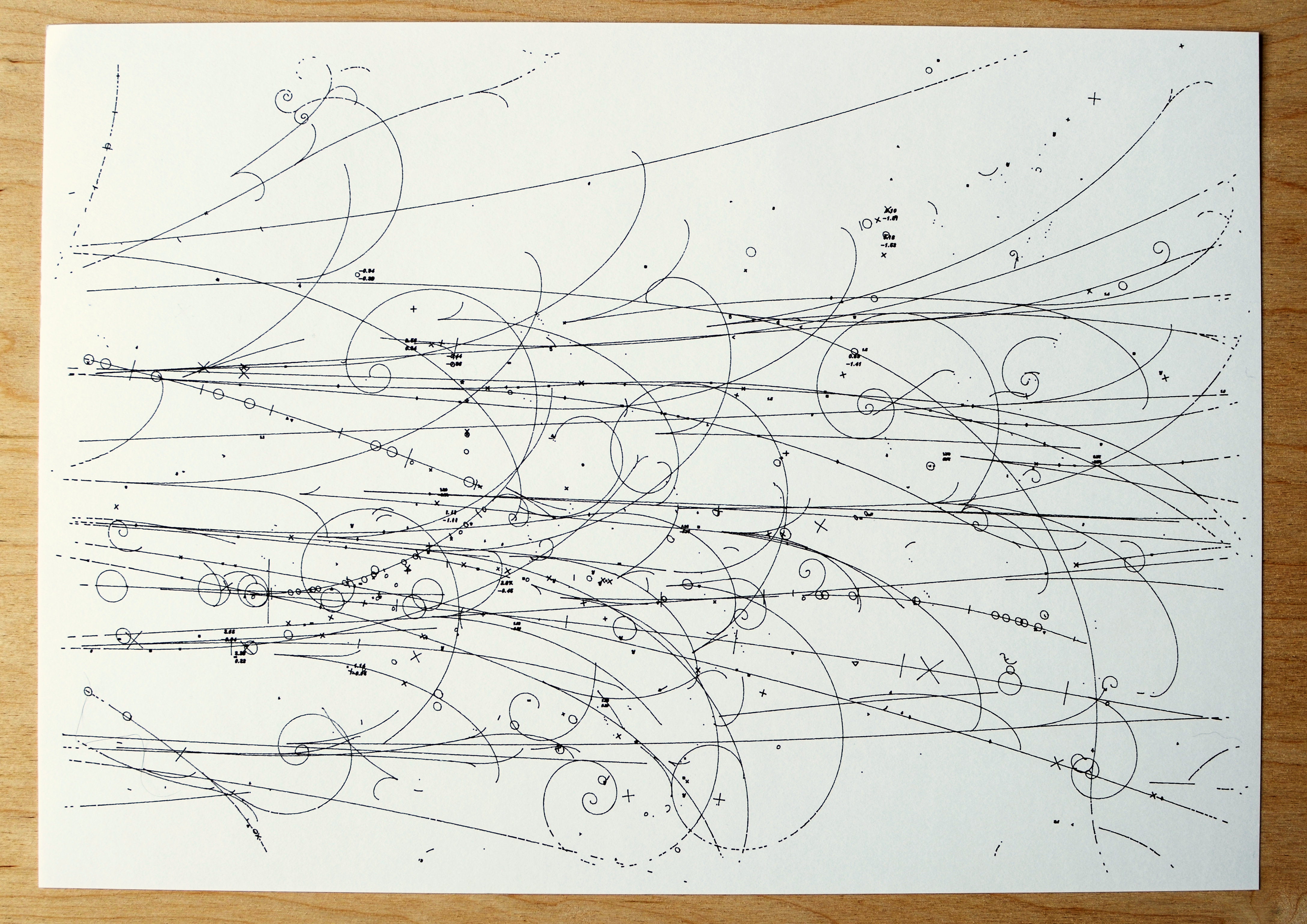 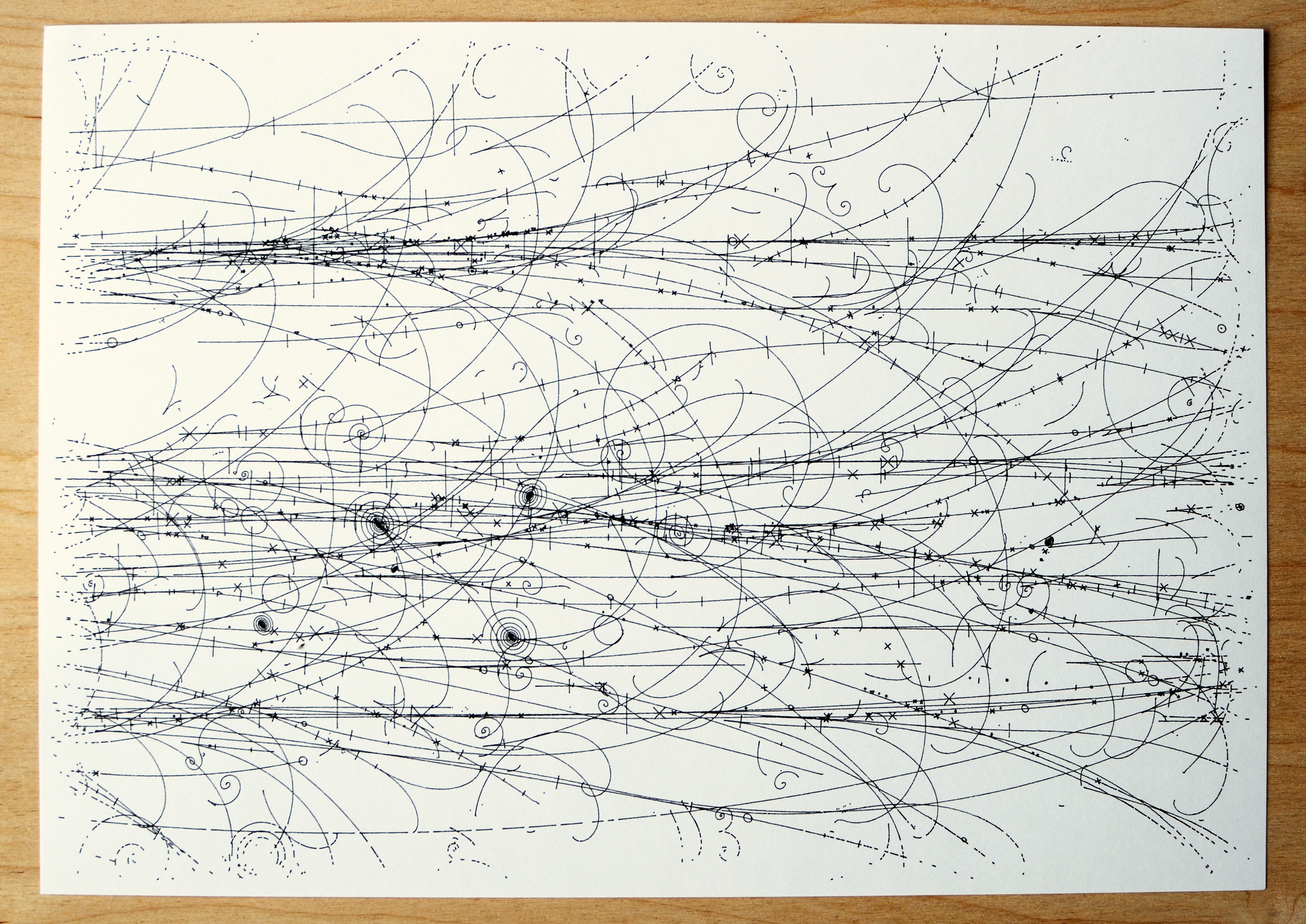 Uni-pin fineliner on Fabriano A3 paper, plotted with an Axidraw V3/A3, from SVGs generated by custom Typescript code. Plotted in July 2022.

This series of drawings was inspired by images captured from bubble chambers — a type of physics apparatus that captures traces of exotic particles to understand the patterns behind their behaviour. The beams enter from the right hand side of the page, and curve according to the "charge" assigned to them. They may also undergo fission, forming two new paths each with a proportion of the original charge. Some are not drawn and travel without effort, but the beams that are visible are slowed down by the process, their curves becoming more pronounced as they spiral to a standstill.

But these marks are not a serious attempt to capture the physics of the original traces. They're instead an attempt to recreate the feeling of wonder I feel looking at them. Mysteries of the universe, dimly revealed, grainy & covered in the annotations of those who are seeking to understand them. I want to draw you into trying to understand these diagrams, reaching for the meaning of each mark, noting the relationship between this element and this other, seeing certain patterns repeating, and ultimately to get a sense that there is more understanding lurking deeper than you are able to penetrate.